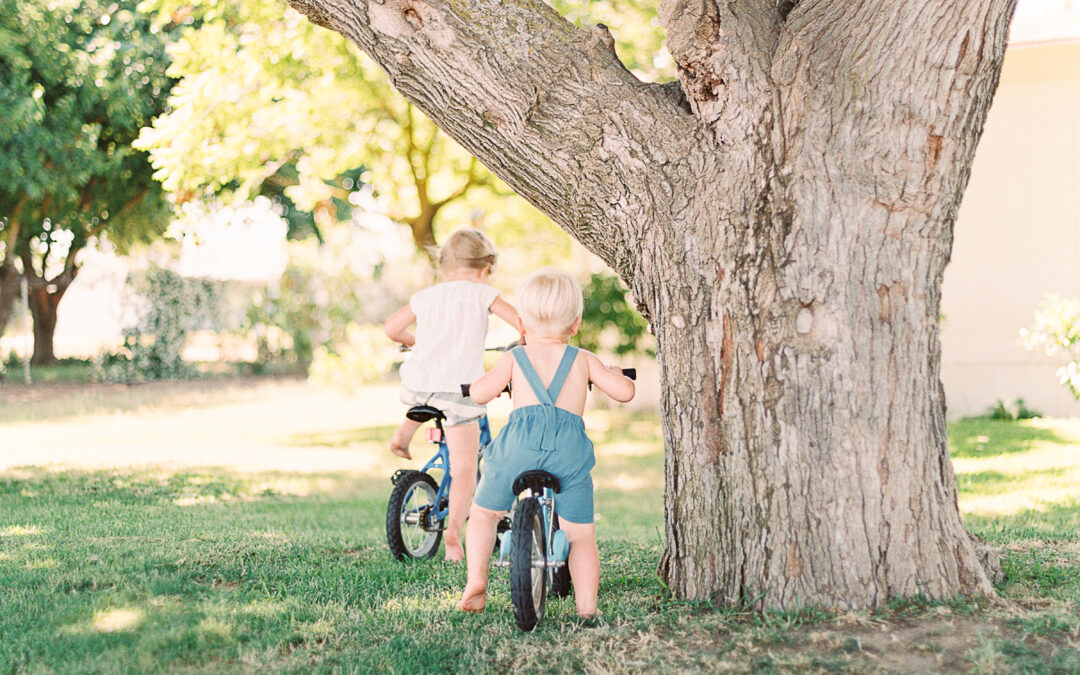 I know God is real for many reasons, one of them being His willingness to speak to me through dreams. Maybe they’re visions, I’m not really sure, but I know there have been a few times in my adult life when I know He has spoke to me through them. The most recent time, was the moment I woke up and knew we were being told to move away from our home.

We had been talking about moving for about a year, praying fervently for the Lord to reveal whether or not this was also His desire for us. About a year ago – roughly 18 months from the time we began seriously talking about moving away to now – I had a dream that I believe revealed the answer to that question.

We have these three giant fruitless mulberry trees in our front yard. These trees have been the soundtrack of my days for 7 years now… their leaves rustling in springtime breezes, crunching beneath our feet in the fall. Their strong branches have held climbing, imaginative children and sleepy babies in swings. They have provided a reprieve from the summer heat, and offered colorful decorations in the fall. I have sat beneath them with a swollen belly, walked beneath them through labor waves. I have nursed beneath them, dreamt under their sunlight filled pockets and read to my children in the shade of their arbor. These trees have become a beautiful part of my children’s childhood, and a soothing chapter in my own motherhood.

One night I dreamt I was looking out of my bedroom window to where I would normally see these three beloved trees, towering above our little house, but instead of seeing them in their usual places in the front yard, instead I saw one of them uprooted, atop a hill. There was nothing else around, the leaves were still green and lush and thriving, but the roots were exposed, sitting on top of the earth, on a grassy hill. I clearly remember blinking a few times to clarify what I was seeing. Then I awoke, instantly thinking about what I just saw… it was my mulberry tree, the ones that had become synonymous with home, but it had been uprooted, sitting in an entirely different place. I instantly knew God had answered my prayer. We were supposed to move. It would be more than just ok. We would set roots somewhere else, we would make a home in a new land.

And guess what our new farm in South Carolina has? That’s right… I big beautiful hill. One that you can watch the sunrise and set from. One that I will stand on very soon, with my hands lifted towards the sky, praising the Lord for his abundant provision, direction, and grace.